NOW OPEN FOR SONG ENTRIES
Check out past entrants below 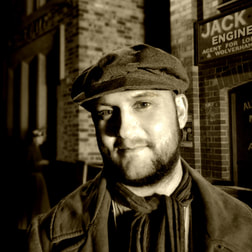 CHRISTMAS SONG SUCCESS
Leigh Haggerwood´s Christmas Song "My Favourite Time Of Year" was a big favourite with the judges. The UKSC promoted it widely and it quickly became one of the most popular Christmas songs of recent times. The song was signed as the Christmas theme song for the UK television network ITV Television and was soon play-listed on Magic, BBC Radio, VH1, MTV Europe, Bliss, Chart Show TV and more. Over the Christmas period the song played in 140,000 stores worldwide via a deal with Moodmedia. A music video of the song has had so many millions of plays and streams that it has been officially listed as one of the "Top Christmas Songs of All Time" by YouTube. Leigh continues to mention his success in the UKSC in his promotional materials (thank you Leigh!)  Watch the video here.
MORE...

AUSTRALIA
Australian winner Jaron Natoli was featured and seen by millions on the prime time TV show Today Tonight in Australia within days of the contest results announcement. The TV network also sent a crew to the home of UKSC judge Stuart Epps to interview him about Jaron's win (Stuart is well known for his work with Elton John, Robbie Williams and Oasis among many others) and they both appeared in the TV show.  Jaron's father Chris said "Thanks heaps UKSC! Thanks to your competition Jaron's getting the recognition he deserves."

CANADA
Canadian winner Alysha Brilla won a co-writing prize with the number one hit songwriter Mark Cawley after he spotted her in the UKSC and chose her as a co-writing partner. She received a lot of publicity for her UKSC win and was soon nominated for, and won! a Juno Award.

CZECH REPUBLIC
Instrumental winner Tomas Kympl has had widespread media coverage and attention in his native Czech Republic following his UKSC success. He is now very well known there and is often seen on national TV, heard on the radio and featured in the press in Europe. He told us recently that that "the UKSC has changed my life".

CANADA
The semi classical song "Sempre Vicino" was one of the first Open Category winners in the UKSC .  After its success in the UKSC the song was covered and released in Canada and also worldwide by the famous classical crossover group "The Canadian Tenors".

UK
Natalie Chua was signed by Simon Cowell after her UK Songwriting Contest win when she was ony 12 years old. She has since received a Platinum Disc Award for sales of over 500,000 and is a well know name on the West End stage. Katie Kittermaster was signed for nationwide tours with BoyzLife and Ronan Keating after her song T-Shirt won the contest. She has continued to have great success in the UK and she is now a UKSC judge.

AUSTRALIA
Lyrics Only Winner Susan Muranty was mentored by top songwriter Mark Cawley after her win as part of her prize package. She worked with him and flew over to Nashville to record with him and other musicians there. She has appeared in UKSC Awards Shows as one of the awards presenters and is now part of our judging panels.

EUROPE AND WORDWIDE
The Rock Category winning song "Danger Deep Water" by Jason Flinter was selected by producers to open and launch the big LABEL EXPO event, an International Awards Show in Brussels. After the success in Brussels Jason was then asked to write more music for the other similar events and shows in Capetown, Mexico and Chicago. "All thanks to the UKSC" he says.

UK
Finalist songwriter Sally James from the UK was just one of many interviewed about her success in the UKSC on national prime time BBC TELEVISION and she had her finalist song played live to millions of television viewers. BBC Television and BBC Radio have always been great supporters of the UKSC.

UK
Winner Emma Fitzsimons was mentored by Sting's producer, double Grammy and Emmy Award winner (and UKSC judge) Marc "Kipper" Eldridge. She received offers from a number of labels, received a professional recording and production studio package and a professional music video shoot as part of her UKSC contest prizes and she became the subject of tweets by prominant figures like Perez Hilton and Calvin Harris.

USA
Pop Category winning track "I've Already Won", by US songwriter Debra Gussin, was featured in the NBC Network Prime Time TV Drama "The Event" after its success in the contest.

UK
Category winner "Bloody Good Christmas" was released as a Christmas single and quickly reached #2 in The Amazon Download Charts following its success in the contest. This song was a firm favourite of top international producer, musical director and UKSC judge Richard Niles who desrcibed it as "bloody brilliant!".

UK
Pop Winner Ken Brown teamed up with producer Stuart Epps who worked with him to produce a stunning remix of his winning song "What Love Is". Stuart Epps (who has worked closely with Elton John, Oasis, Robbie WIlliams and many other famous names) was so impressed with this song when he heard it as a UKSC judge that he immediately contacted the writer to collaborate and produce a new improved version.

There are many more international TV appearances, national and international radio plays and play-listings, publishing deal offers, press coverage, web coverage, recordings, signings etc etc. Too many to list here. If any past entrants have stories to tell please contact us and let us know.