WINNERS AND FINALISTS BY CATEGORY 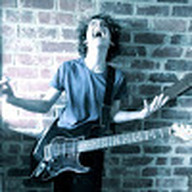 POP WINNER
Running Away by Jaron Natoli
Listen to the song here
Doors suddenly opened for Australian songwriter Jaron Natoli when the contest results were announced. Within days Jaron had TV crews at his house and he was featured and interviewed on the hugely popular prime time Today Tonight TV show and seen by millions across Australia. His win was also covered in the press and online and personally contacted by legendary UK producer Stuart Epps (known for his work with Elton John, Robbie Williams and Oasis among others) who was impressed with his contest entries and is interested in working with him in the future. Jaron's father Chris said "Thanks heaps UKSC! Thanks to your competition Jaron's going to get the recognition he deserves." 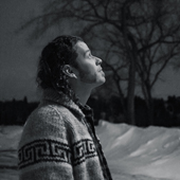 ACOUSTIC & FOLK WINNER
Pass It Along
by Scott Cook
Listen to the track here
This year's Acoustic and Folk Category winner is a song by Canadian songwriter and balladeer Scott Cook. Scott has been making a full time living from music since 2007 when he started travelling around the continent playing and singing and living out of his van. Visit his website at http://www.scottcook.net. The finalist songs and songwriters listed below were also contenders to win this category this year:

The Singer Songwriter category is the only category where vocals and performance are also judged together with the songwriting. In all other categories only the songwriting is judged. See the Help and Info page on this site for more details about judging. The competition in this category was very strong this year and the judges decided to award joint winning positions to two remarkable, oustanding, but very different, entries. The winning positions are awarded to Lisa Nelson, a singer songwriter from Manchester, England, and Australian singer songwriter (and Star Wars actress) Bonnie Piesse who is now living in California, USA. Listen to the songs using the links above. The finalist songs and songwriters listed below were also contenders to win this category this year: 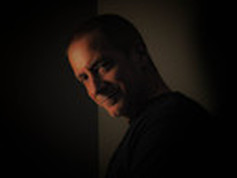 COUNTRY WINNER
I'm So Blue by Rob Cariddi
Listen to the track here
The very worthy winner in the Country Category this year is I'm So Blue by songwriter Rob Cariddi from South Carolina, USA. Rob does not sing and this outstanding song entry was recorded for him by a female session singer at a local demo studio. This well crafted classic country/blues song is in standard AABA form. It is very memorable and the judges agree that Rob fully acheived his ambitious aim of writing a song with a "timeless classic" feel. The finalist songs and songwriters listed below were also contenders to win this category this year:

2013 is the first year the contest has had a dedicated Christmas Songs category and the variety and standard of entries was outstanding. Song entries were in a huge variety of genres including country, choral, rock and roll, jazz, pop, ballads, comedy, children's songs and more and the judges have had a very difficult task. Joint winners were chosen - Leigh Haggerwood from London, UK (who performed his own entry) and Rob Cariddi from South Carolina USA (who does not sing and entered a demo made by a session singer at a local demo studio). Both these songs, along with other selected Christmas themed entries, will be featured and promoted by the UKSC in the run up to Christmas 2013. The finalist Christmas Songs and songwriters are listed below:

LOVE SONGS WINNER
Unravelling
by Natalie Hiong
Listen to the song here
Natalie Hiong is a talented singer songwriter from Singapore who lived in London and studied at the London School of Economics. After a brief career in finance she decided to give up the rat race to follow her heart and pursue her dream of a career in music as a songwriterand also as a singer. She has been a UKSC finalist in past years (and has finalist songs in other categories this year). This year her perseverence has paid off, and she is 2013 Winner of the Love Songs category with her charming song Unravelling. 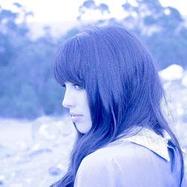 AC WINNER
Sirens
by Lucy Mason
Listen to the track here
The winning track in the Adult Contemporary category this year is Sirens by Lucy Mason. Lucy lives in London UK and grew up in Weybridge, Surrey and she says that her songs are composed on guitar, in her bedroom, and are deeply personal and inspired by different experiences in her life. Her song Sirens was chosen by the judges as a worthy Adult Contemporary winner. The finalist songs and songwriters listed below were also contenders to win the Adult Contemporary category this year: 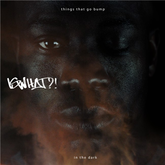 RnB/URBAN WINNER
Meant Somethin'
by Napoleon Maddox / Brian Greer / Elliott Riggins
This song was chosen by the judges as the outstanding entry in the RnB/Urban Category this year. It is written and performed by members of ISWHAT?! - a talented RnB/HipHop/HardJazz crew from Cincinnati, Ohio, USA. Visit thThe finalist songs and songwriters listed below were also contenders to win this category this year:

There were some great Jazz and Blues entries this year and separate winning positions have been given for each genre. The Blues winner is a classic 12 bar described by songwriter William Alan Desmond (aka Billy D) as "an Original Blues Song with a wicked swampy groove ..." It is perfomed here by Billy D and The Hoodoos. The Jazz winner is an interesting composition drawing on a variety of jazz influences by guitarist and composer Phil Danter who also performs this song live with his band Straight On Red. The finalist songs and songwriters listed below were also contenders to win this category this year: 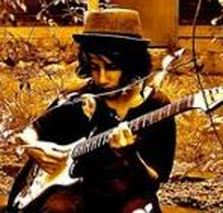 Down The Road
by Jaron Natoli
Listen to the track here
This song entry is written and performed by the young Australian songwriter Jaron Natoli. Jaron also won the pop category this year with another one of his songs and through this contest he is already attracting the attention of a number of UK industry figures including legendary british producer Stuart Epps. Jaron's dream is to visit London and record in the UK and the UK judges felt that this fresh, atmospheric and original song has the makings of an outstanding rock track. Jaron and UKSC judge Stuart Epps were both featured on prime time TV on the hugely popular Today Tonight TV show and seen by millions across Australia when the results came out. After the show Jaron's father Chris said "Thanks heaps UKSC! Thanks to your competition Jaron's going to get the recognition he deserves." 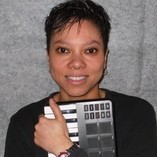 ELECTRONIC / DANCE WINNER
Vortex Of Life
by Lindsay Hawkins (eoslinz)
Listen to the song here
The entries in the Electronic and Dance category get better each year and the judges spent a lot of time carefully considering the entries before they awarded the winning position to this remarkable and outstanding track from Lindsay Hawkins. The finalist songs and songwriters listed below were also contenders to win this category this year:

Instrumental was one of the most difficult categories to judge this year with a large variety of acoustic works, piano pieces, filmic theme music, orchestral scores, rock and ethnic music and more. In the end the judges decided to award joint winning positions to an orchestral composition by composer and programmer Jason Cullimore written using his computer-based music studio, and an acoustic guitar piece by guitarist and composer Ed Henderson. The entries and composers listed below were also close contenders to win this category this year: 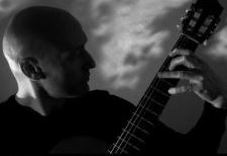 FAITH / CHISTIAN WINNER
Rhythms Of Joy by Martin D Bills
Listen to the track here
This winning song in the Faith/Christian Category this year was written by british songwriter and composer Martin D Bills. Martin usually writes and arranges acoustic guitar instrumental pieces, so this gospel style song entry is very different from his usual style of work. The finalist songs and songwriters listed below were also contenders to win this category this year:

OPEN CATEGORY WINNER
Tu Amore
by Michael Ward, Steve Hemsley & Caterina Polla
Listen to the track here
This song, Tu Amore, was chosen as the winning song in the Open Category this year. It is an original classical-crossover song written by a UK based songwriting team (photo shows one of the writers Michael Ward) with words in Italian. Open Category entries The finalist songs and songwriters listed below, which include a large range of genres from from ballads to world and ethnic music and more, were also all close contenders to win this category this year. 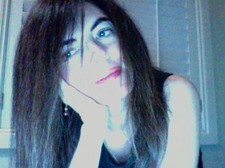 LYRICS ONLY WINNER
Morning Star Gently by Susan Muranty
Read Here (opens in new window)
The Lyrics Winner receives personal one-on-one coaching with the renowned hit songwriter Mark Cawley in addition to all her other winner's prizes. This was another difficult category to judge this year but in the end the judges chose this Lyrics Only entry by Susan Muranty. It is a deceptively simple, effective and unusual lyric (it was also entered in the Love Songs category with music written by co writers). The songs and songwriters listed below were also close contenders to win this category this year...
In 2013 everyone who entered the contest received a gift package worth $100 (approx £80) consisting of $50 worth of songwriting courses and song pitching services at SongU.com plus a $50 six month "Film and TV" membership, including song pitching services, at Broadjam.com. This prize gift package for every entrant was worth approximately five times the entry fee. In addition, every finalist listed on this page receives international lifetime SCO copyright registrations worth $35 for each song at SongCopyright.org. Prizes for category winners and special prize winners this year included a professional studio production with world class musicians and session vocalist at MOA Studios, professional video shoot and production and personal mentoring and coaching sessions with the #1 hit songwriter Mark Cawley. All category winners received honourary Guild of International Songwriter and Composer memberships, professional music websites and full one year professional memberships at broadjam.com, plus promotion and exposure on the exclusive Best Of UKSC music industry promotional album. Every contestant also receives a frameable Certificate for each song that they enter - there are Winner, Finalist, Semi Finalist, Commended Entry or Participation Certificates for all contestants. Use the search box above to see results for every song entered and to get Certificates (see the Certificates page for printing tips). Everyone song entered is carefully examined and rated and everyone who enters this competition has the opportunity to be noticed by music industry professionals in the UK and worldwide who follow this event closely each year looking for new talent...

Click here for an explanation of the judges scores